Two feature films which made their North American premieres in the Wavelengths program at the Toronto International Film Festival, Oliver Laxe’s O Que Arde (‘Viendra le Feu,’ ‘Fire Will Come’) and Pedro Costa’s Vitalina Varela, offer the viewer variations on landscape, complicating the historical intentions of the pastoral in the former and the tableau vivant in the latter. Both films call the viewer’s attention to the notion of historical intention in how their narratives are steeped at once in an ethnographic approach to their subjects as well as in a hauntology, specifically a troubled past in both their protagonists -an ex-convict, Amador, and a widow, Vitalina- that remains in the present onscreen.

In Fire Will Come, Amador (Amador Arias) has returned to his hometown in the Spanish region of Galicia after being released from prison for arson. A distinction the film makes is that between ‘arson,’ a legal term, and ‘pyromania,’ a term used by the town’s local people, who call Amador a ‘pyromaniac.’ The film implies, however, that while Amador is an arsonist he is not a pyromaniac, primarily in events that flank the narrative’s beginning and end. Vitalina Varela appears in the same register as Costa’s Cavalo Dinheiro (‘Horse Money,’ 2014), following its titular character -a Cape Verdean woman discovered by Costa while shooting his previous film- after the death of her husband through the streets and dwellings of the impoverished Fountainhas neighborhood of Lisbon, the setting of all of Costa’s films for the last two decades.

Both films are only ostensibly fiction, and are steeped partially in ethnography: The protagonist in each uses their real name, and depictions of labor -firefighters in Laxe and construction in Costa- are prominent in each. Laxe’s film was shot over the course of a year, from one summer to that of the following year, with no principals in the first summer, following firemen across the countryside and working, in his words, in “absolute submission to the elements.” Amador is in reality a forest warden, and the burning house was the only artificial structure built for the film. Costa’s cinema has likewise occupied what we commonly call ethno- or docufiction, like that of Abbas Kiarostami or Jafar Panahi. He does not work with scripts, saying at Toronto that a film’s narrative “…should be lighter, it should evolve.” Non-professional actors play fictionalized versions of themselves while aspects of their personal lives emerge on the periphery: The repairs and reconstruction of Vitalina’s house continued before and after shooting the film, for instance, while Vitalina herself was at constant risk of deportation while shooting due to having no documentation to reside in Portugal. 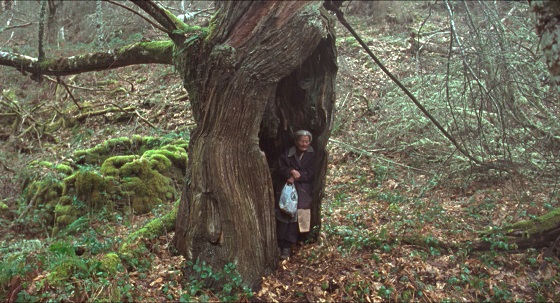 Pastoral in Fire Will Come.

Laxe’s film complicates aspects of the European pastoral, a genre of literature, music, and painting that historically has presented rural life as preferable to and -subjectively- better than urban life, the rural landscape connoting peace, health, utopia, and so on. Fire Will Come was shot entirely in the Galicia region of Spain, which in Laxe’s words after a screening in Toronto, “makes you understand that you are small, everyday.” This popular conception of the pastoral developed around the turn of the nineteenth century, however, and though the film is set in a countryside that contains vestigial traces of an idyllic past, the landscape is a modern one. The mode of representation, then, might now also signify how the land and workers are subject to capitalist institutions, as Raymond Williams’s 1973 book The Country and the City describes. One might further view Laxe’s images of Galicia in light of two of W.J.T. Mitchell’s ‘theses on landscape,’ describing it as “a natural scene mediated by culture” and “a particular historical formation associated with European imperialism.” Fire Will Come explicates this in that it is bookended with the destruction of a forest, though the means of destruction at each end differ. The systematic destruction of a landscape via forest logging machines vis-a-vis either its seemingly natural destruction by wildfire or intentional destruction by arson suggests fire as not merely an element of landscape but also a form of political leverage used to undermine the forms of industry seen at the start of the film. 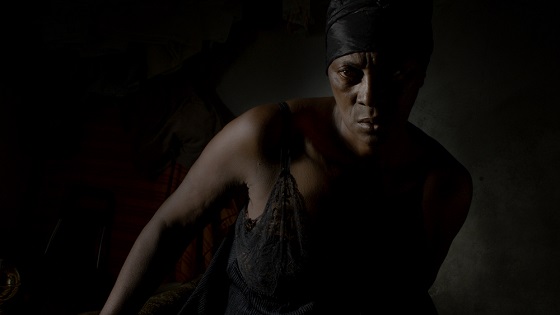 Opposite the conflict en plein air in Laxe’s cinema, Costa’s cinema is a struggle taking place in the shadows. Figures move slowly through Fountainhas, in and out of singular light sources, though most scenes are staged in the static register that has come to be known as Costa’s signature: The ever-stationary camera framing bodies in arch compositions that recall the historic tableau vivant. At first glance, such a visual effect on the viewer is, according to Hajnal Király, “ultimately playing on the surprising effect of intense movement turned into stasis,” confounding the viewer’s unconscious expectations of how certain events -such as the death of a loved one- could be portrayed melodramatically onscreen. At the same time, it would behoove the viewer to know that historically the tableau vivant originates in part in the pornographic composition of bodies, and therefore the intention is predicated on the notion that what the viewer sees is a depiction of the ‘real.’ Costa however marks a deliberate objectification of the real by depicting Vitalina’s conflicted feelings over the death of her husband partially through dialogue (“…you died and you never came”) but primarily through body language. Consider one of the film’s signature compositions featuring Vitalina leaning on one elbow, which suggests a deliberate ‘pose’ on the part of Costa in the decision to frame her in such a way despite the character’s ‘unrehearsed’ reflections on her experience. Like his previous works, Vitalina Varela inverts the tableau vivant’s process of conflating ‘represented’ bodies with ‘real’ bodies. The tableau with Costa becomes a theater where the real and its representation -or what Mario Perniola calls in the 2000 essay The Sex Appeal of the Inorganic, “things and senses,” respectively- are kept at a distance from each other and “have struck an alliance thanks to which the most detached abstraction and the most unrestrained excitement are almost inseparable.”

In the case of these two films, the pastoral and tableau vivant further confront the viewer with a hauntology specific to each. In doing so, the events of Fire Will Come and Vitalina Varela become cumulative ‘non-events’ that occur after a more ‘dramatic’ event -a crime in one and a death in the other- has occurred. Just as the narrative of Sophocles’ Ajax only occurs after the death of the titular character, Amador and Vitalina are faced with the implications of past events that inform present ones. Certain film objects comprising the landscape in the final act of each film -the vista of scorched trees in Fire Will Come and the half-finished house in Vitalina Varela– thus function as indices of what has passed but nevertheless comprise the protagonists’ present realities.