Like Belle de Jour, Dogs Don’t Wear Pants is set in a bourgeois world where its protagonist gradually learns that he is a masochist. The film, which made its North American premiere in the Contemporary World Cinema program at the Toronto International Film Festival, follows Juha (Pekka Strang), a doctor who while accompanying his daughter Elli (Ilona Huhta) to a tattoo parlor to have her tongue pierced, wanders down a corridor and happens upon a BDSM torture dungeon. Intrigued, he reaches out to touch a figure who is bound in a leather suit when from out of nowhere, Mona (Krista Kosonen), slaps him and pins him to the floor. Intrigued further, Juha later contacts Mona, asking for a session.

Unique to Dogs Don’t Wear Pants as well is how Valkeapää offsets BDSM sequences with scenes following the protagonists at their daytime occupations -Juha is a surgeon, Mona a physical therapist- that illustrate the binary between public environments and fantastical ones. The photography will often accentuate this contrast by portraying both worlds as largely artificial. In the dungeon, Mona appears in elaborate makeup as a solitary face against a field of black and is often seen moving in slow motion, while at her day job she is not made up and dresses in a strictly functional way -hooded sweatshirts, clinic scrubs, and so on- and is lit with diffuse light. 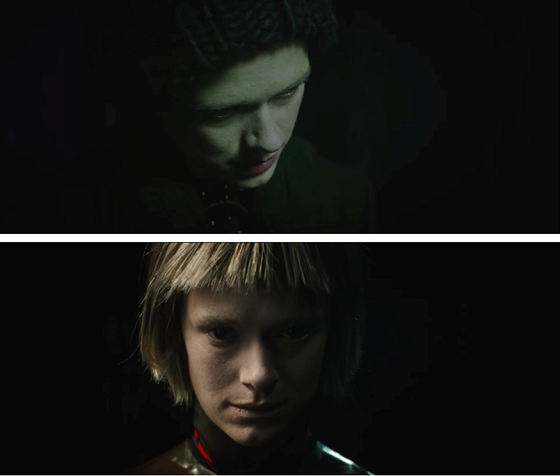 It also behooves the viewer to distinguish the film’s sadomasochism -which is shared and performative, residing in Mona asserting control and in Juha acting out a ‘narrative’ conflict and resolution- and its fetishism -wherein the perfume and clothing of Juha’s deceased wife are satisfying as objects themselves, or what Laura Mulvey called “the image in direct erotic rapport with the spectator.” The viewer, for instance, may not necessarily understand the story arc of Juha’s thumbnail, which is injured early on the film and slowly rots away, resulting in a scene where he finally pulls it out. The scene is wince-inducing for the viewer to the point of nerve-wracking humor because of Juha’s desire to displace the thumbnail and not because of the thumbnail itself. Further, for Juha the act of self-harm in this case is also a device for escape from his feelings of grief over his deceased wife.

Written By henri-de-corinth On 26 Settembre 2019